The Estói Palace, is a rococo pastiche, in Faro, Portugal, unique in the region. The construction of palace started in the middle of the years of 1840 completed it in 1909. The interior of the palace, in pastel and stucco, is being restored and will be an inn.

‘The house, which develops horizontally and is characterized by a large central projecting upper body, presents a facade of a certain simplicity, but reveals in its interior the opulent taste of the time, especially in the decoration of some rooms richly worked of stucco and in whose ceilings are preserved paintings of some interest. The most notable is the large ballroom, which occupies the central body of the house, which is both magnificent and cold in the profusion of stuccoes, mirrors and paintings, signed by some Portuguese and Italian artists of the time. The House of Estói also gathers several canvases of Maria Baretta and Adolph Greno (1854-1901), Portuguese painter that collaborated with Domingos Coast in the decoration of the interior of the Church of Estói.”

The chapel had an aesthetic Louis XV. It was dedicated to the Sagrada Família, represented in a seventeenth-century painting on the altarpiece of the high altar, and it was added to this two sixteenth-century canvases, one painted by Bento Coelho da Silveira.

The gardens are developed on three levels, making use of communicating staircases and opposing piles and other architectural elements that still resemble the eighteenth-century gardens with orange trees and palm trees that match its cheerful rococo style.

The lower terrace displays a pavilion and blue and white tiles signed by Pereira Júnior between 1899 and 1904, the House of the Cascade, inside which is a copy of the Three Graces, Canova.

If you are looking for a wedding photographer to capture your Algarve wedding in the Palacio de Estoi, we are here to help you. Please see below our wedding collection at this beautiful historic venue in the South of Portugal. 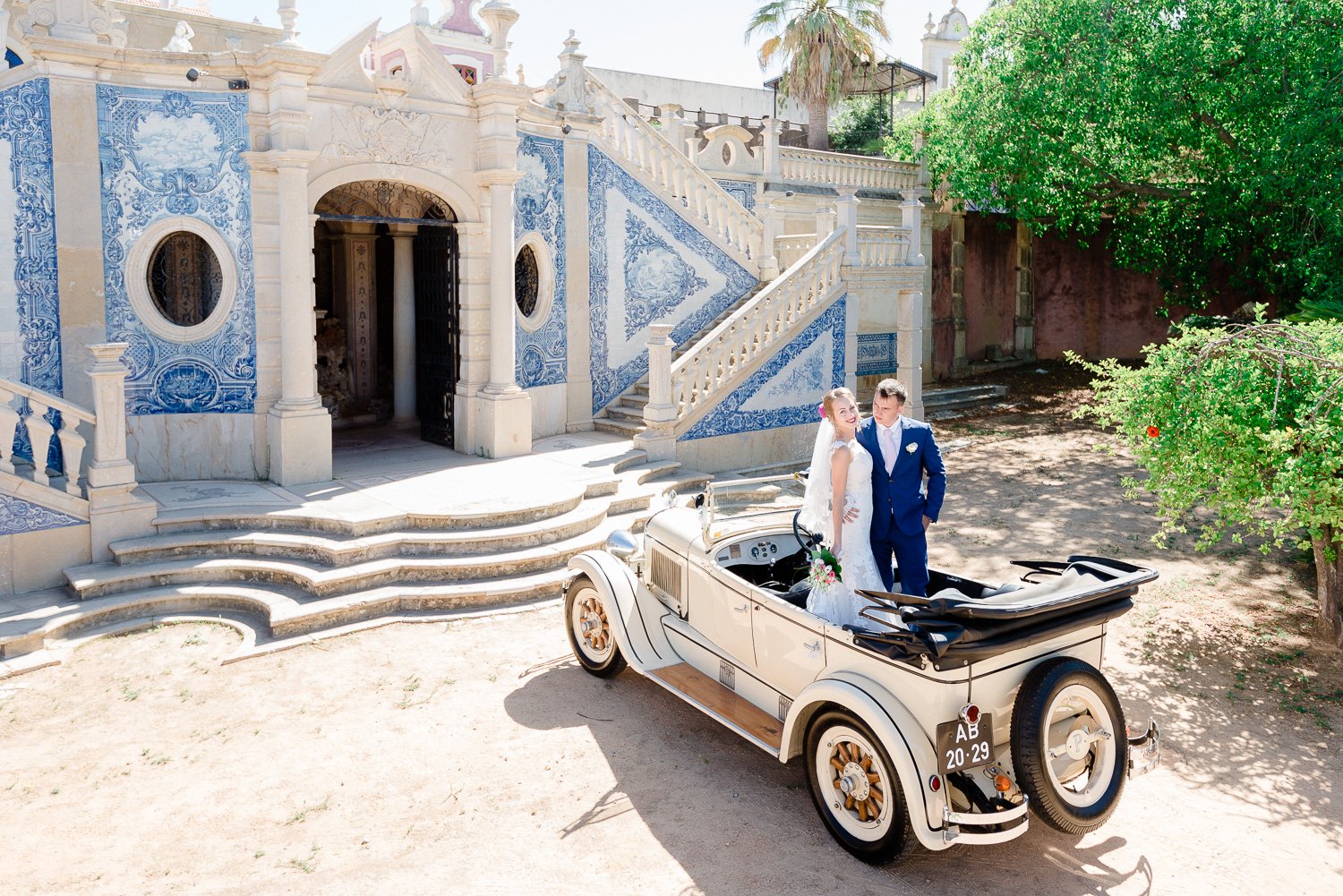 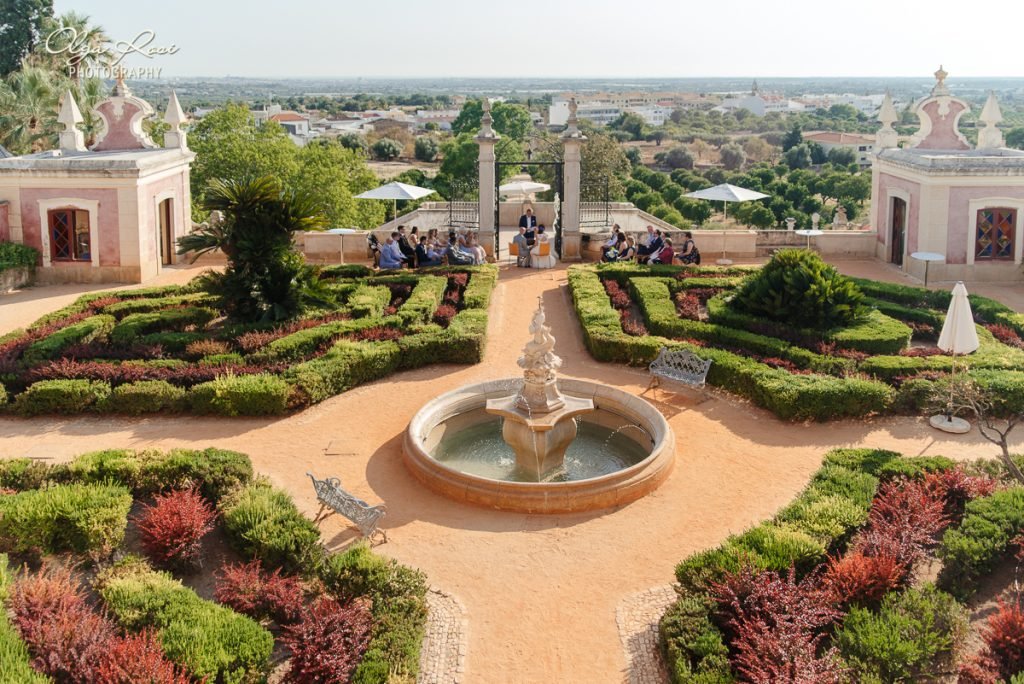 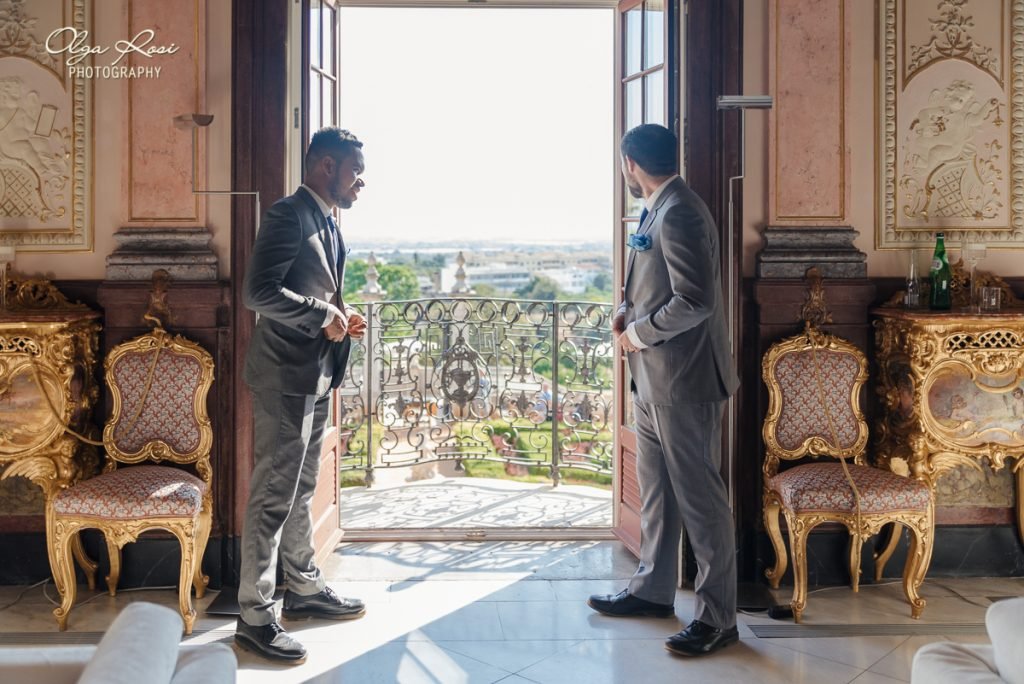 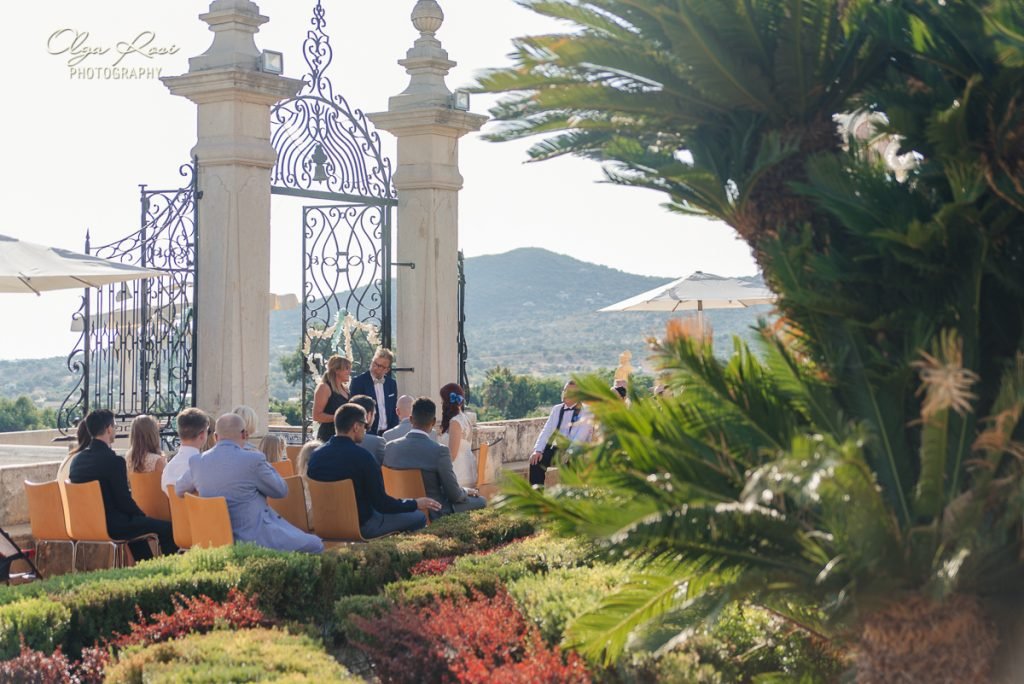 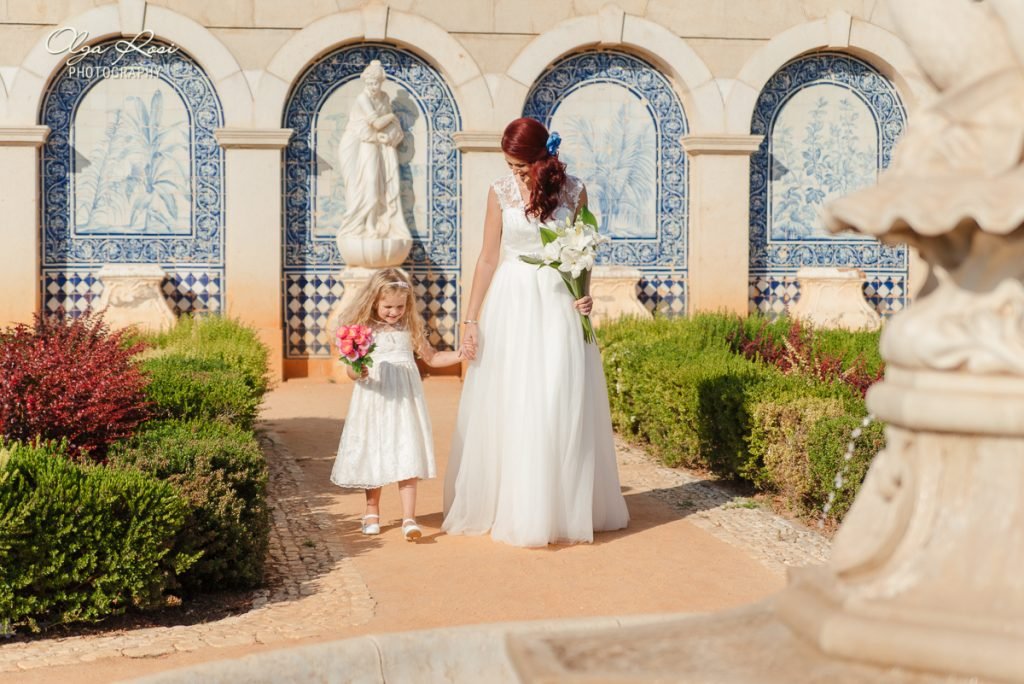 Book your shoot by simply texting in Direct✨

Finally, it's here - your Wedding Day. The time yo

Book a shoot for your wedding day, a team of photo

Remembering happy moments in photos is the best id

May this marriage be full of laughter, their every

The love of two is beautiful🫶

Wedding season is coming to an end, but we still c